Alfonso Ribeiro, the host of America's Funniest Home Videos on ABC TV, is known for his smooth moves on the dance floor. As a 12-year-old, he starred on Broadway as The Tap Dance Kid. About 10 years later, playing Will Smith's cousin Carlton Banks on the nineties TV sitcom The Fresh Prince of Bel-Air, he invented "The Carlton Dance." And in 2014, he was the celebrity winner of Dancing with the Stars. So when Alfonso recently sat down with Dear Doctor to talk about his smile, we first asked him about his style: When did he begin studying dance? 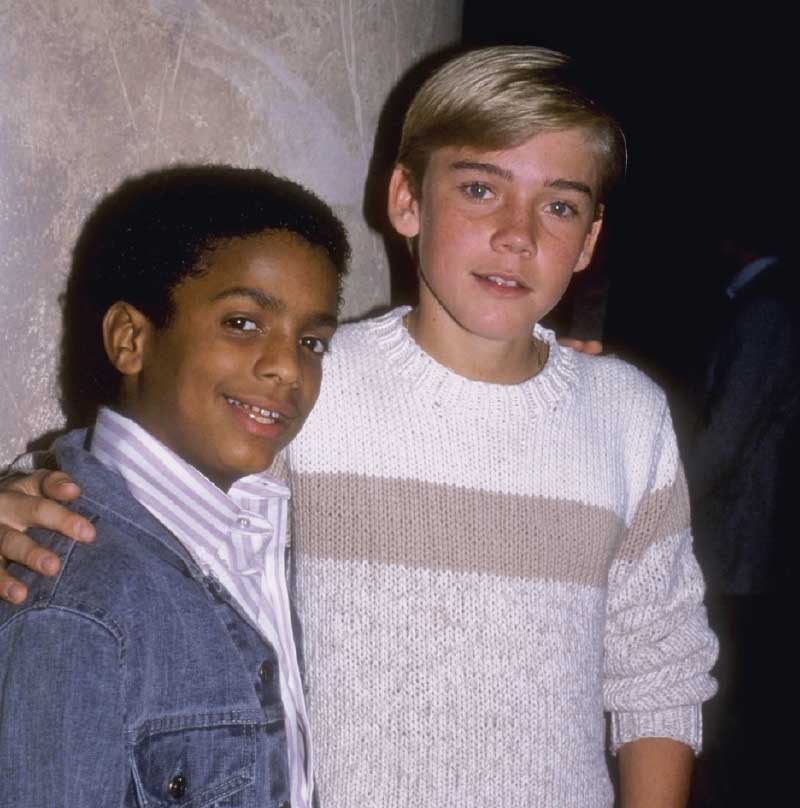 "In actuality, I was never a dancer at all," the performer said. So, when he was growing up in New York City, how did he land a tap-dancing gig on Broadway?

"They auditioned a bunch of kids all over the city," he recalled. "They decided to take five kids and teach us all to tap dance to see who could do it the best. There was one kid who was way better than everybody else who we all thought was going to get the job."

To his amazement, Alfonso was chosen for the role.

"One of the things that I'm most proud of in my career was The Tap Dance Kid because it kind of started the whole thing," he said.

"The whole thing" included dancing in a Pepsi commercial with pop star Michael Jackson, acting on the TV series Silver Spoons, and then his breakout role as Carlton in The Fresh Prince of Bel-Air. But his current role as host of America's Funniest Home Videos is the one that really makes him smile.

"America's Funniest Home Videos is truly the job I enjoy the most," he said of the Sunday night family-friendly reality show. "I feel so lucky to have this gig. I get to laugh at work!" 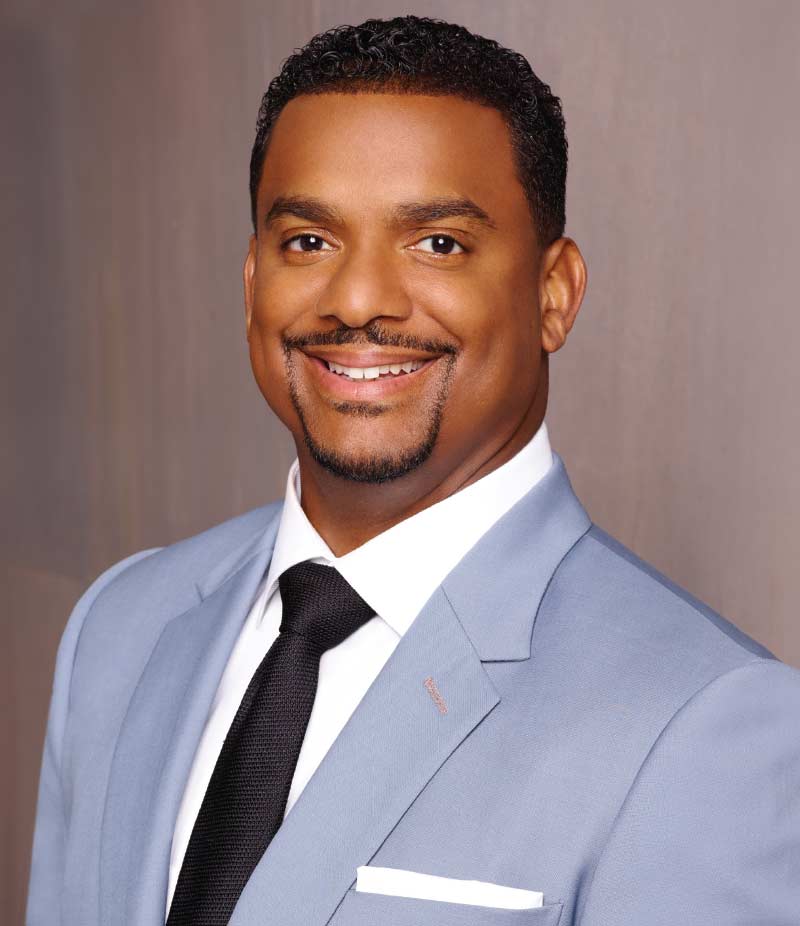 Alfonso said he finds the most humor in the videos referred to as "epic fails"—stunts that never should have been attempted in the first place.

"Those things typically will make me crack up every time," he said. "When people do stuff and you're like, 'Dude, you just hurt yourself for no reason!'"

Alfonso doesn't take dumb chances when it comes to his own health. And in order to avoid epic fails of the dental variety, he makes sure to see his dentist regularly.

"Once you've had a situation where something has gone wrong in your mouth, you're like, 'I don't want that to happen again,'" he said. "So I will absolutely make sure that I follow up on making the appointments. It's typically four to six months that I'm back in the office having them make sure everything is okay and doing a cleaning and making sure that dental health is up to speed."

So what exactly went wrong for Alfonso? When he was in his thirties, he had a painful tooth infection that required a root canal. This can happen when a cavity is not treated promptly. Fortunately, the procedure resolved his problem and left him smiling again.

"It's incredibly painful before you go in, and after the root canal you're extremely happy because the pain has gone away," Alfonso said, noting that this particular dental treatment is not usually anticipated with delight—despite how effective it is.

"It's not like you wake up and go, 'Yay, I'm going to have my root canal today!'" he joked, "but once it's done, you couldn't be happier because the pain is gone and you're just smiling because you're no longer in pain!"

What makes Alfonso even happier than a successful root canal treatment is time spent with his family: wife Angela; their two little boys, Alfonso Junior (known as "AJ") and Anders; and Alfonso's daughter, Sienna.

"The best part of being a father is the smiles and the warmth you get from your children," the proud dad said.

To make sure those little smiles stay healthy, Alfonso and Angela keep on top of their kids' oral health at home, and with regular dental checkups.

"I had to take my little one, Anders, to the dentist a few weeks ago and he did a great job," Alfonso said. "I think the first time he was really frightened but then the dentist made him feel better—and so since then, going back, it's actually a nice experience."

To help the boys relax at the dental office, Alfonso often sits them on his lap for the beginning of the exam.

"My kids are very comfortable with me holding them, so that's kind of the start of it," he said.

At home, he and his wife make sure the boys brush their teeth twice each day.

"My older son does it himself," Alfonso said. "We've taught him how to do it."

As is typical for any toddler, Anders needs some help from his parents to make sure the job gets done right.

"It's always a little bit of a struggle because he doesn't want to stay still long enough to do a proper brushing, but we do it every morning and evening and it's part of the routine," said Alfonso. "He'll run out of the room if you just hand him the toothbrush."

While Alfonso is adamant that his kids follow his lead in taking care of their teeth, he would not necessarily advise them to follow him into show business. That's because being a performer requires a talent not only for acting, Alfonso said, but also for handling rejection.

"Show business is something most people truly don't understand. It's a business where the moment you get a job, you're looking for your next job," he explained. "It's an incredibly difficult business and you deal with so many narcissists that are truly incapable of dealing with rejection."

Alfonso said he never takes rejection to heart, and finds it easy to "keep on moving" to his next goal. But knowing how difficult that is gives him pause where his own children are concerned.

"I wouldn't push my kids, but I certainly wouldn't tell them they couldn't do it," he said. 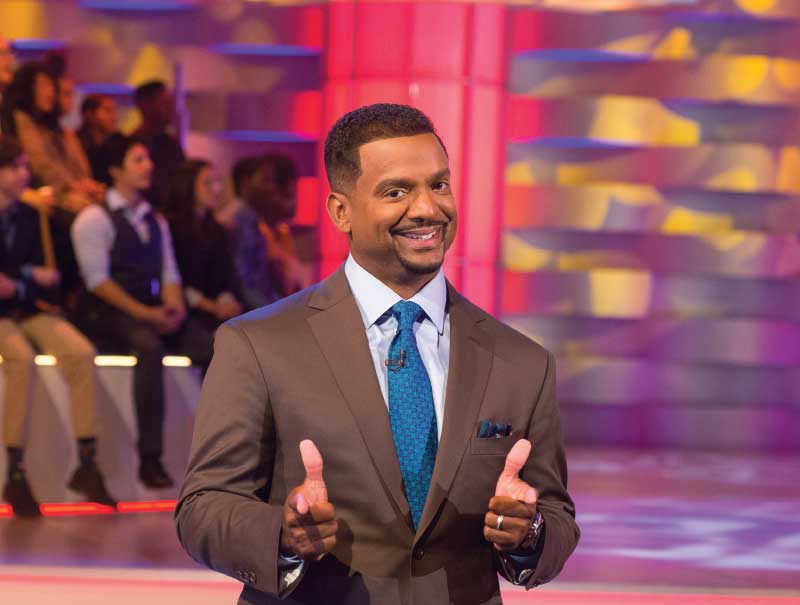 Rejection has never been an issue for Alfonso, who is the recurring host of America's Funniest Home Videos—the 29th season overall for ABC's longest-running primetime entertainment show. Meanwhile, new opportunities on British television have come Alfonso's way: Recently he served as a guest judge on Strictly Come Dancing, the British equivalent of Dancing with the Stars, and hosted Money Tree, a BBC game show. But just as he won't let failure to win a role break his heart, Alfonso doesn't let success go to his head.

"Just because more people know of me doesn't make me more special," he said. "It happens to be a great job, but it doesn't mean that I am better than anybody else. I will do everything to be positive and be as wonderful to everybody that I meet in my life regardless of their circumstance."

Visit our educational video library to learn more about dental treatments, get oral health tips and much more!